On that day i pleasured 3 men.

My first visit saw the return of "Mr. Big Dick" whom i pleasured on Weds October 22nd 2014.
THAT time i pleasured him as a full , latex covered sex doll and he shot a video of my servitude.
You can see it here :

Today i was ordered to be wearing high heels , fishnet stockings, a really short mini-skirt and a tight blouse.
Today was the first time that he had seen my face ! ( Last time i was in a latex mask !)

This handsome , fit , sexy black guys dick was already hard as he pulled it from his pants.
i immediately set to work on sucking him.
Gosh , he is so massive i can just about get it in my mouth. i managed to swallow a lot of him but there is no way i could "deep throat" him , he is just too big !
His dick MUST be 9 inches and as thick as a beer can.

He tells me to get him a condom and to lube him and then i bend over and spread my arse cheeks.
Well , i thought i was having a baby when this MASSIVE dick penetrated my arse hole.
Gosh , he stretched me so much that soon my ass was accepting and accommodating the entirety of his cock.  His cock completely filled my hole , it felt so good , i did not want it to end.
He did not want to cum in my ass , so , he pulled out and i sucked him some more.
He took his cock in his hand as i licked his balls and he shot his heavy load all over my face.
He is SENSATIONAL - i eagerly await all of his future visits :-) 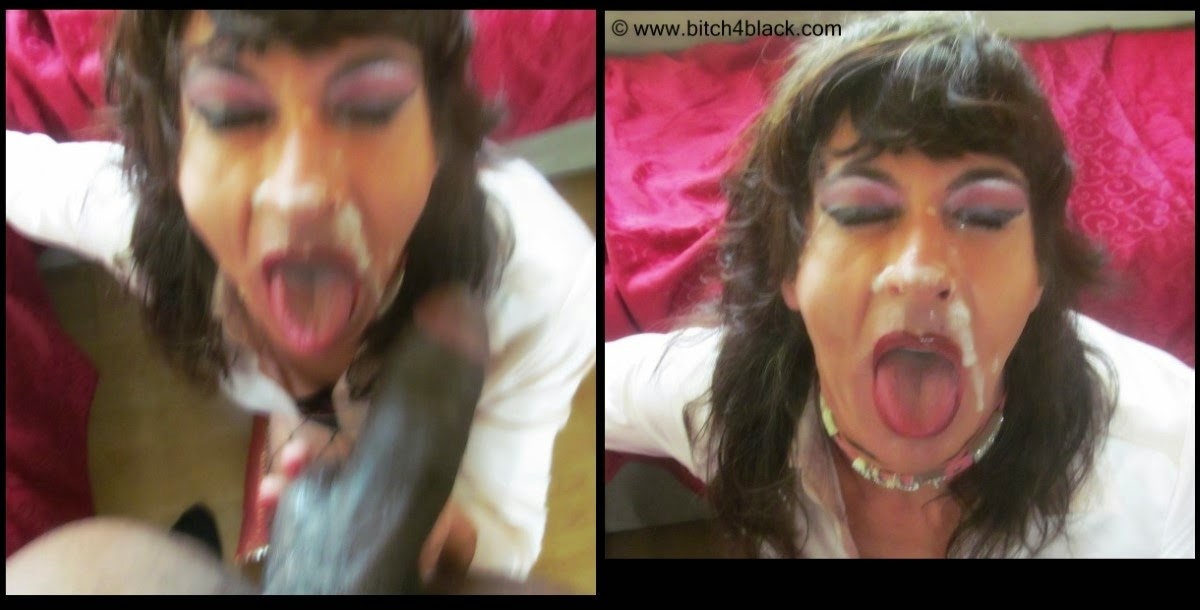