On Friday May 9th  i organised a Dark Thrust Party (www.thedarkthrust.co.uk ). These are private parties for Black African men and white , greedy tgirl.

i was totally helpless. My ass was totally exposed and ready to be invaded by any black man that needed use for it.
Once hoisted , i was blindfolded.

Below is a picture , taken just before the guys used me. 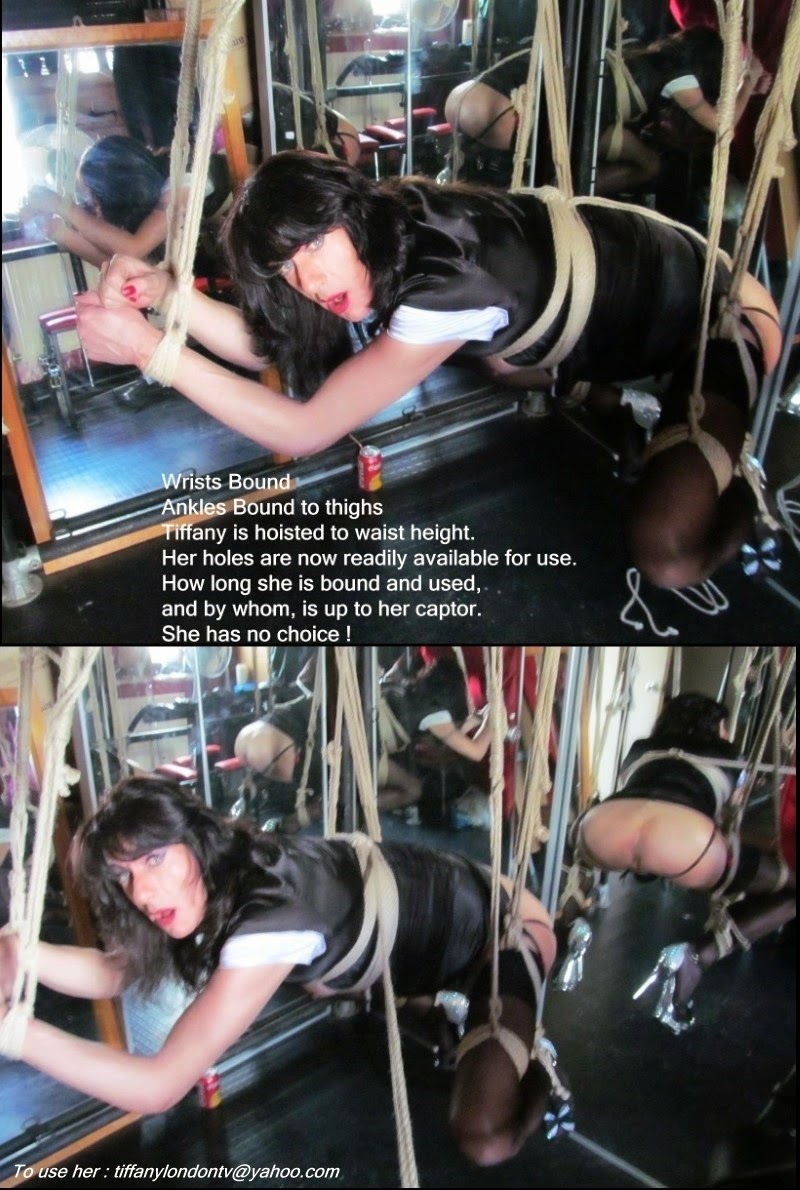