i don't normally meet on Saturdays but a "special" exception was made today as "Portsmouth Master" was traveling to visit.

After a short break , he decided it was time to abuse my ass.
He took me to the playroom.
At first , he fucked me, then he put me in to the sling.

My ass was facing him and he took a chair, so , he was seated at eye level with my hole in front of him.

He took latex gloves, put them on and smothered them with Crisco lube.

He moved me back to the living room.
He brought with him two , open holed butt plugs.
He first used the large black one , but , after 2 minutes it actually fell out - he had steretched me so much.
He replaced it with the GIANT red one. It was tough to get in , but , once in , it stayed in. My ass was now permanently open and gaped. My ass "breathed" air , in and out, as i was put to work on his cock again.

I now sucked him again. On all fours with my open ass in the air.
i sucked for a CONSTANT , SOLID 40 MINUTES !

Below are some pictures he took when he was abusing my hole.... 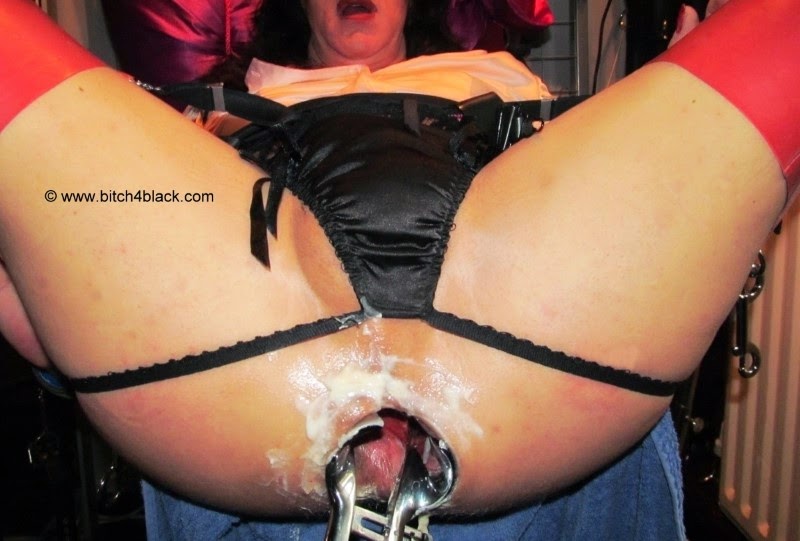 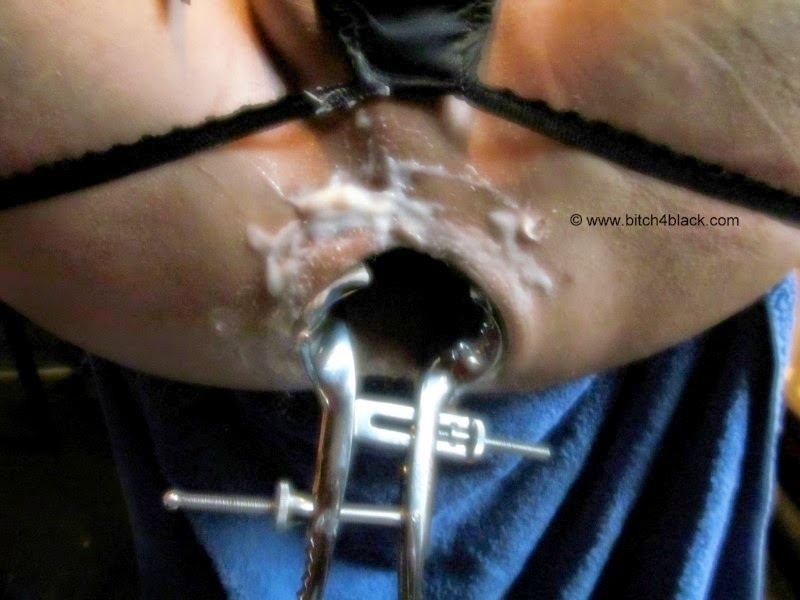 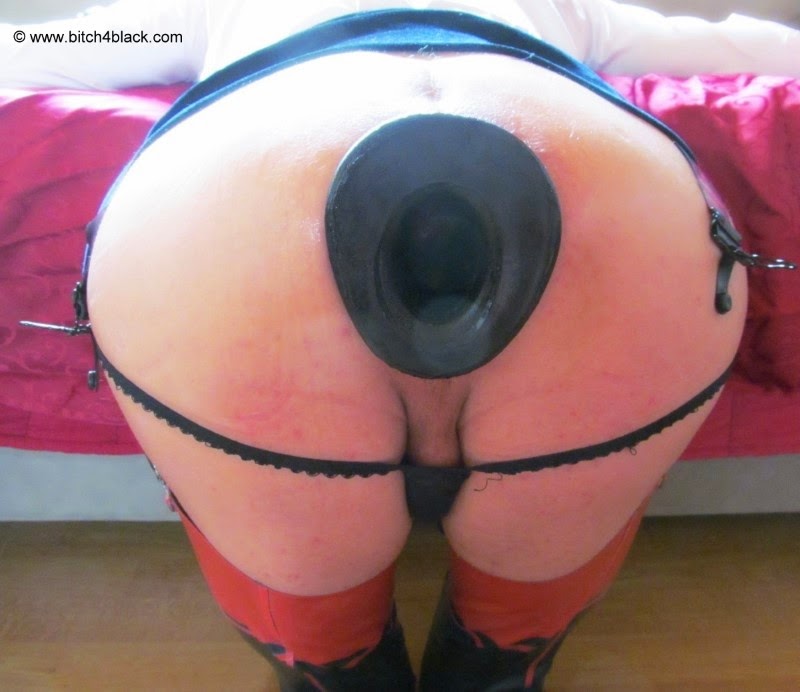 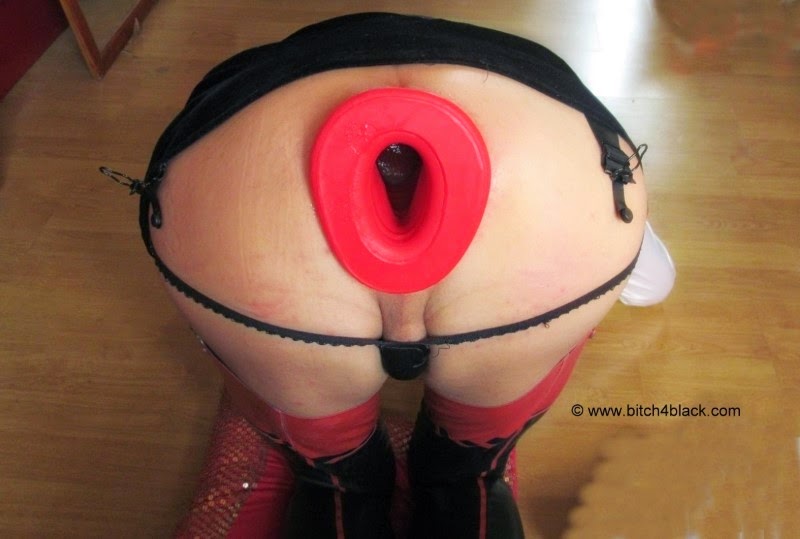 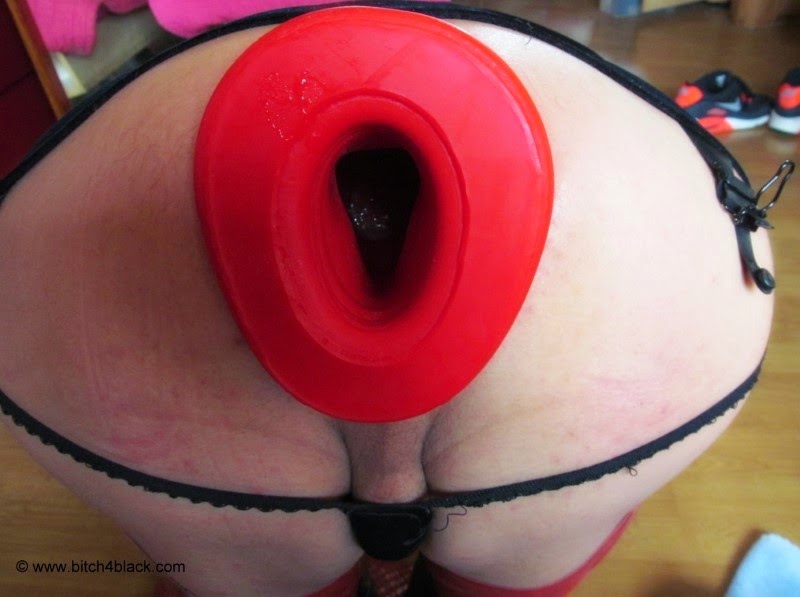